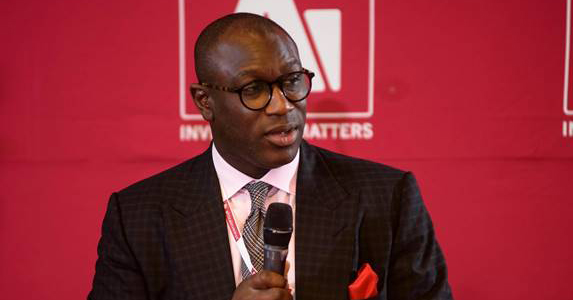 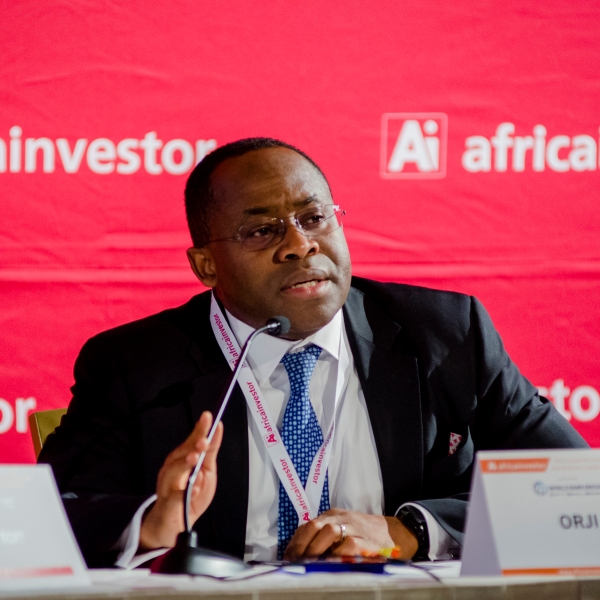 Prior to JP Morgan, he worked for Goldman Sachs Asset Management, London, 1998-2001, as an Analyst/Portfolio Manager. His first banking financial industry experiences were at Diamond Bank Plc., Lagos and Arthur Andersen, Lagos. Mr. Orji studied Chemical Engineering at the University of Port Harcourt, Nigeria, graduating in 1990. He also obtained an MBA from Harvard Business School in 1998. Linda is the Chief Executive & Principal Officer, Eskom Pension and Provident Fund, one of Africa’s largest pension Funds. She is also the former Head of Investments and Actuarial Services at the Government Employees Pension Fund (GEPF). The GEPF is Africa’s largest pension fund, and among the 10 largest globally, with more than 1 million members and assets worth R1, 6 trillion. She was the Chief Investment Officer of the Eskom Pension and Provident Fund from 2009 to 2013. At the EPPF, Linda managed investments across asset classes including equities, bonds, property and money market investments. Linda holds a Master’s degree in Finance and Investments from the University of the Witwatersrand.  She is a Fellow of the Africa Leadership Initiative (South Africa) and a proud mother of two girls. 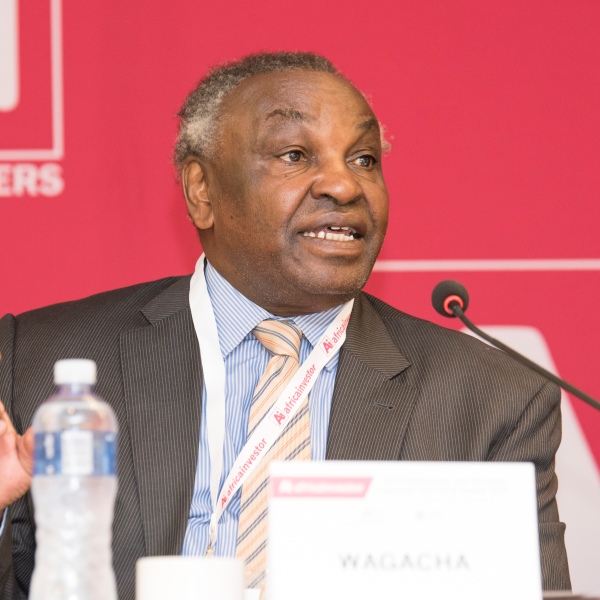 Dr. Mbui Wagacha is the Chairman of the Kenyan Sovereign Wealth Fund and Advisor in the Executive Office of the President Kenya.
Dr Wagacha was appointed to the Board of the Central Bank of Kenya as a Non-Executive Director with effect from 14th March, 2011. Following legislative changes to the Central Bank of Kenya Act, he was on 11th February, 2013 elected by members of the Central Bank of Kenya Board as Ag. Chairperson of the CBK Board. He holds a PhD in Macroeconomics and Monetary Economics from the University of Geneva, Switzerland, an M.A. in International Trade and Econometrics from the University of Manitoba, Canada and a B.A. in Economics from Swarthmore College, United States of America.
Dr. Wagacha, a renowned Macroeconomist and policy expert, has over 20 years experience in economics policy design, analysis and implementation with particular emphasis in Sub-Saharan Africa. After starting his economics career at the University of Nairobi, he worked at UNCTAD, Geneva, the Association of African Central Banks, and at the African Development Bank. He is currently an independent consultant and trainer for the Economic Commission of Africa and has held various economic consultancy positions for the World Bank, AfDB, SADC, UNDP, CIDA, IPAR, FAO, Care International, State University of New York, IDRC-Canada, MEFMI, among others. He has also held the position of Chief Economist for the African Centre for Monetary Studies. 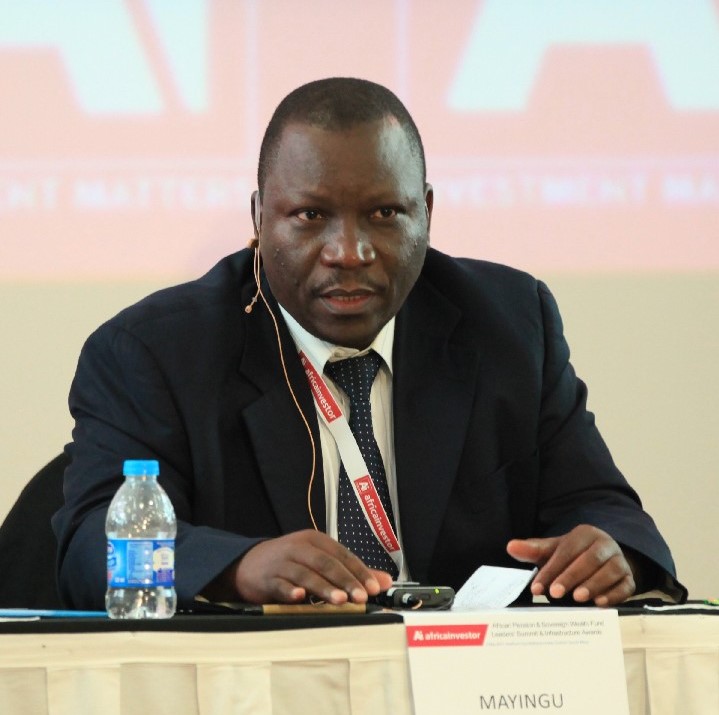 Mr Mayingu is the current DG of the PSPF in Tanzania. He has accumulated over 20 years of experience working in the financial industry, mainly in banking and social security. 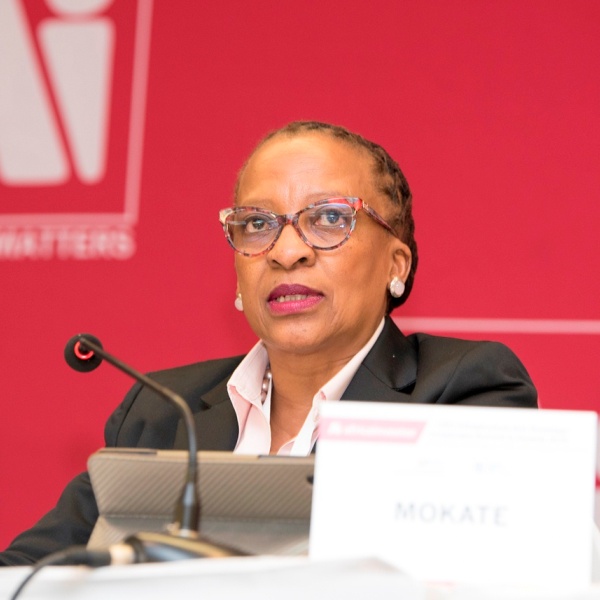 Dr. Renosi Denise Mokate, BA, MA, Ph.D. serves as the Chairperson of the Board of Trustees and Chairperson of the Investment Committee of the Government Employees Pension Fund (GEPF), Africa’s largest pension fund. Dr. Mokate served as a Senior Policy Analyst and Programme Manager of the Development Bank of Southern Africa. She served as Deputy Governor of South African Reserve Bank from August 1, 2005 to July 31, 2010. 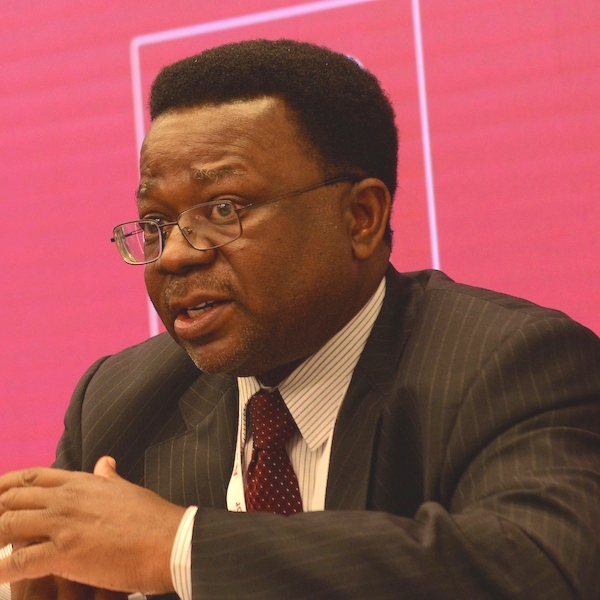 David Nuyoma is Chairman of the Namibian Stock Exchange. He became CEO of the Government Institutions Pensions Fund Namibia (GIPF) on 1 January 2013, having previously been CEO of the Development Bank of Namibia from November 2003 to December 2012. He was educated at the University of East Anglia (BA; MA Industrial Development). 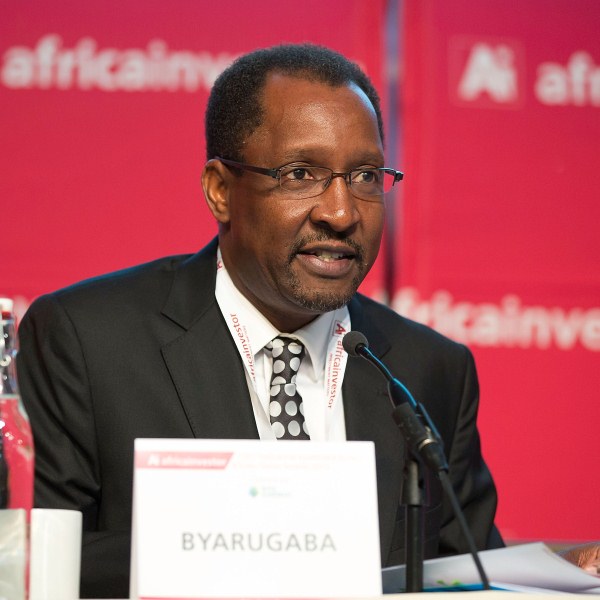 Mr. Byarugaba has a wealth of experience in managing large financial organisations of international repute including commercial banks. He joined the Fund from Global Trust Bank where he was the Managing Director. With over 27 years of banking experience, he has held various senior positions at Standard Chartered Bank, Nile Bank and Barclays Bank.

Solomon is an investment professional with over 25 years of experience originating and executing transactions in both developed and developing markets. He has personally led over $4bn in transactions across the African continent. In April 2017, he was appointed the CEO of the Ghana Infrastructure Investment (GIIF), an investment vehicle, initially capitalised at $250m, with a mandate to originate, structure and invest in infrastructure-related projects across Ghana.

Between October and December 2016, he acted as an adviser to the Nigerian government on the implementation of their infrastructure programme.

Prior to that (until February 2016) he was the Vice President for Infrastructure, Private Sector and Regional Integration at the African Development Bank (AfDB), with responsibilities including the bank’s power, infrastructure and private sector operations; financial institutions, markets and equity (including private equity funds), Nepad and regional projects.

He also worked as a principal investment officer at the IFC in Johannesburg, leading IFC’s activities across Africa in the ICT sector, and as an investment banker in London with HSBC Markets.

He has a Masters Degree in Chemical Engineering from Imperial College, London. 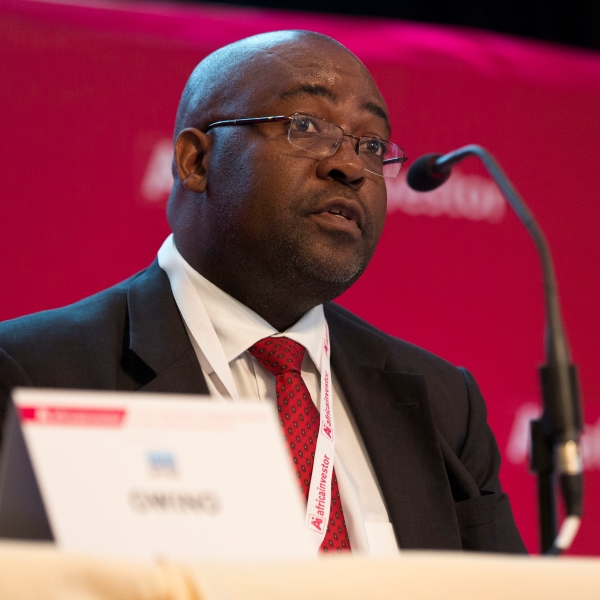 Dr. Richard Mwiinga is the Former Chairman of Zambia Association of Pensions Funds and Operations Manager of Public Service Pensions Fund and is also the Principal Officer at the Institute of Retirement Funds. 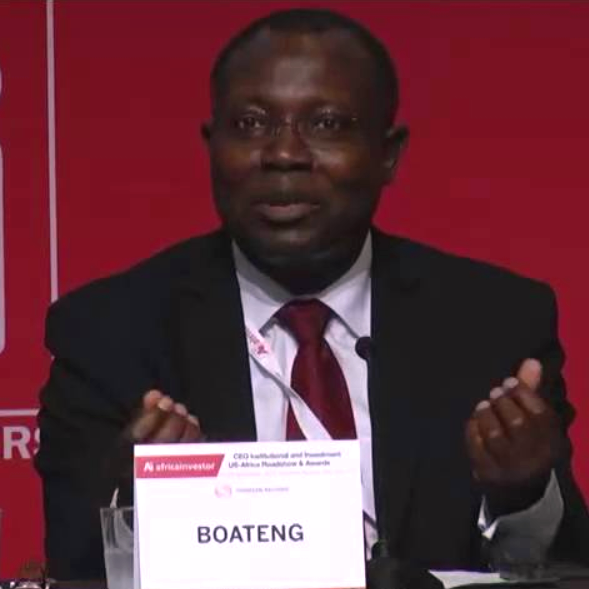 Joseph Boateng joined Casey Family Programs in January 2007. He advises the Board of Trustees as it carries out its responsibility for the investment of foundation assets. Before joining Casey Family Programs, he was a member of the Johnson & Johnson Investment Committee, responsible for managing over $17 billion in employee benefit assets worldwide. 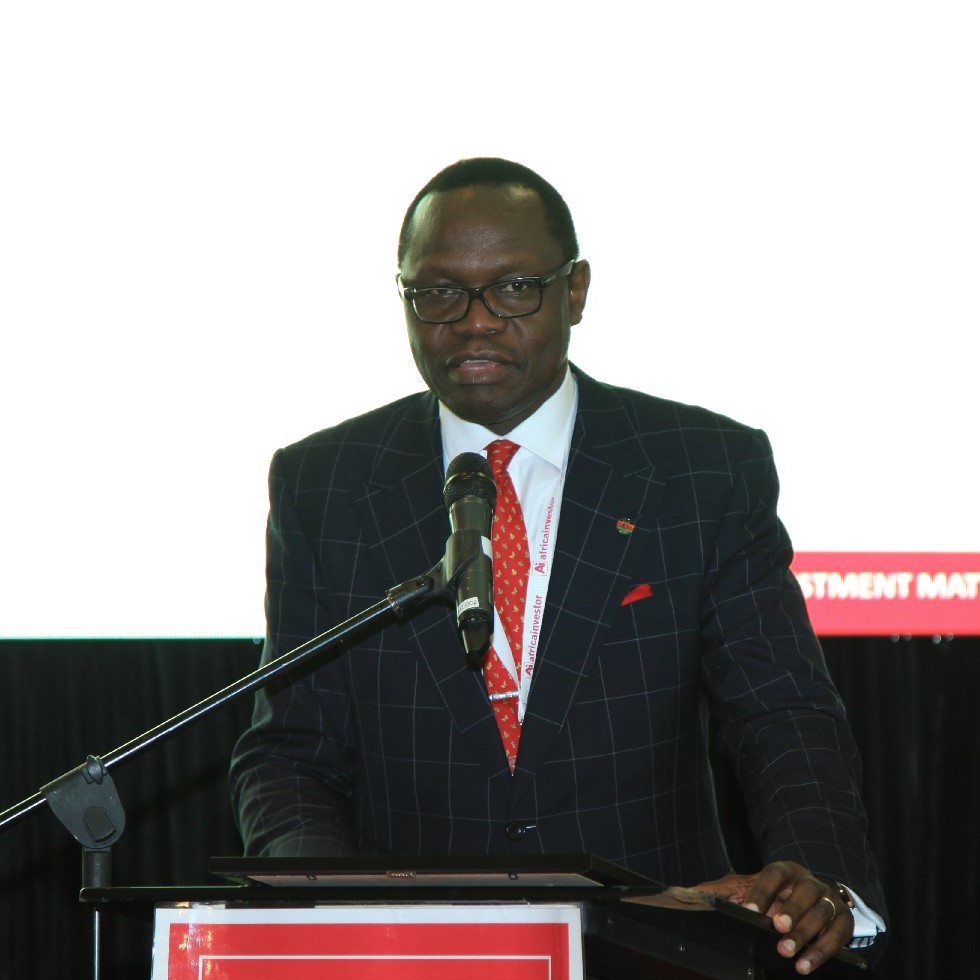 Dr. Edward Odundo is the Former Chief Executive Officer of Retirement Benefits Authority (Kenya) and the President of the International Organisation of Pensions Supervisors (IOPS), having previously served as the Vice President and Chairman of the Technical Committee of IOPS.

Sundeep is a qualified actuary and CEO of the Zamara Group (formerly Alexander Forbes). He has over 30 years’ experience in actuarial, pensions and investment consultancy work gained both in the UK and in Kenya. Sundeep is the Chairman of the Africa Committee of the International Actuarial Association. He is a past Chairman of the Association of Retirement Benefit Schemes and a past member of the Capital Markets Authority Advisory Committee. He has also served as a consultant to a World Bank Pensions Mission to Kenya. Sundeep has championed and is the leader of the Kenya Pension Fund Investment Consortium (‘KEPFIC’), a group of 12 leading pension funds in the country with an asset base of over K Shs 2bn who have come together with a common purpose of collaborating to make long term investments, including investments in non-traditional asset classes such as infrastructure and housing amongst others. 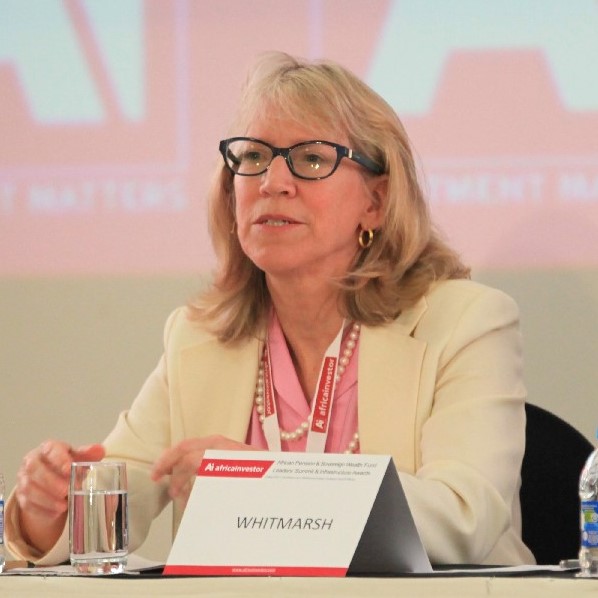 Theresa J. Whitmarsh is Executive Director of the Washington State Investment Board, one of the United States’ leading institutional investors, managing over $100 billion of state pension, insurance, and other assets. The fund has been a leader in private asset investing, with private equity, real estate, and tangible assets comprising 40 percent of its retirement portfolio.

Theresa joined the WSIB in 2003 with 20 years’ experience in business, government and media. She has a Master’s in Business Administration, Pacific Lutheran University, and Bachelor of Arts, English Literature, Seattle Pacific University. She is Chair of the Pacific Pension Institute, and in 2016 was named Chair of the Council of Institutional Investors.

She is past director with the International Centre for Pension Management, and serves on the Millstein Center for Corporate Governance Advisory Board and the World Economic Forum’s Global Agenda Council on the Future of Investing. She is a member of ABP’s Investment Committee.

After obtaining a double degree in engineering and finance, Obaid Amrane joined the Ministry of Economy and Finance initially as an Inspector of Finance, before occupying higher positions within the treasury department. He began a career in the private sector as a Managing Director of the Moroccan subsidiary of the Banque Populaire-Caisse d’Epargne Group. In 2010, he joined MASEN, as a member of its Management Board. Mr. Amrane formerly oversaw the development and operation of renewable energy sites and projects and, within the framework of MASEN’s missions, contributes to the development of a competitive national industrial sector. 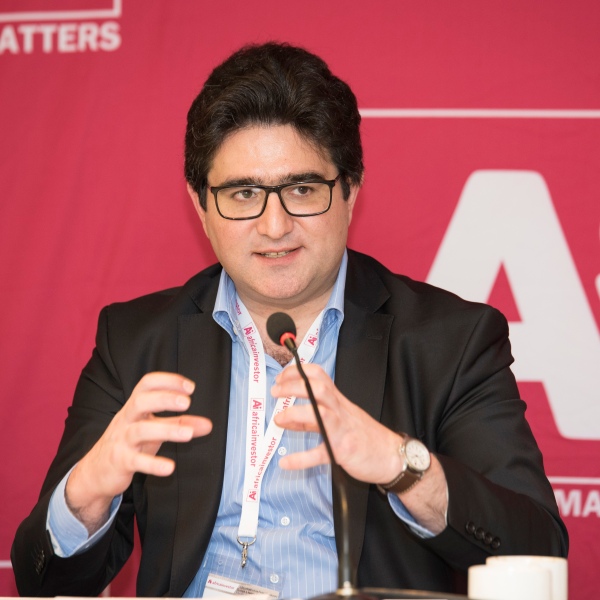 He has worked with public and private pension funds, insurance companies, social security institutions, government agencies (at both federal and state/municipal levels), trade unions and labor organizations in more than 30 different jurisdictions in the past 18 years.
Mr. Firzli is an alumnus of Canada’s McGill University (BA Stat./Econ.), the Paris Descartes Law School (LL.M.), the HEC School of Management (MBA) and attended the Doctoral School of Economics and Management at Louvain University in Belgium. His research relies primarily on a multidisciplinary approach to asset ownership analysis integrating financial theory, fiduciary law and development economics. 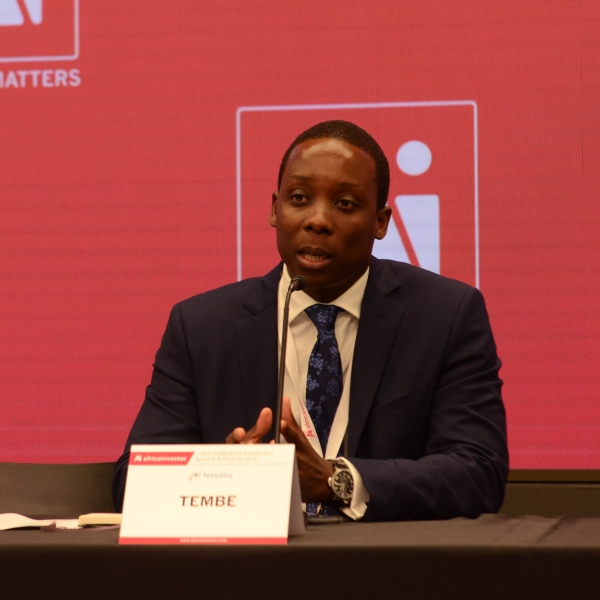 Mr. Tembe is the CEO of Moçambique Previdente which is a Pension Funds Management Company, created in December 2012. It is the first Mozambican company created specifically for the Management of Pension Funds. 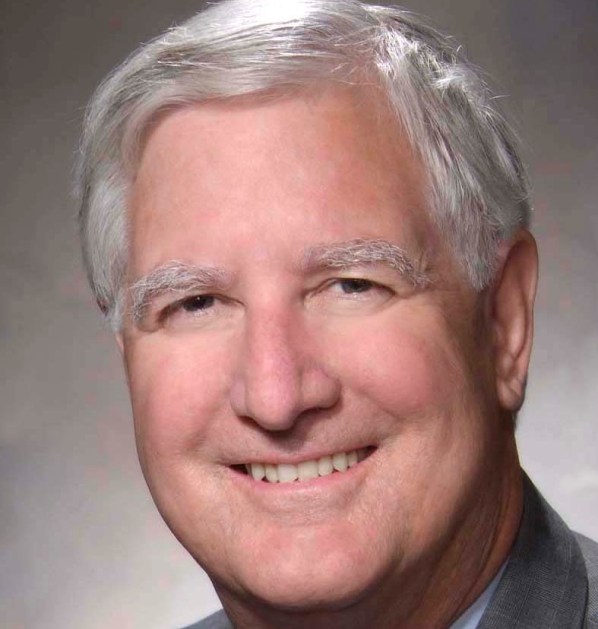 Robert M. Maynard is currently Chief Investment Officer for the Public Employee Retirement System of Idaho. Previously he served as Deputy Executive Director of the Alaska Permanent Fund Corporation and as Assistant Attorney General for the state of Alaska.

Mr. Maynard is also on the Board of Directors of the City Club of Boise, the Boise Public Schools Education Foundation and was a National Trustee for the Boys and Girls Clubs of America.

Mr. Maynard graduated from Claremont Men’s (now Claremont McKenna) College and received his JD from the University of California, Davis School of Law. 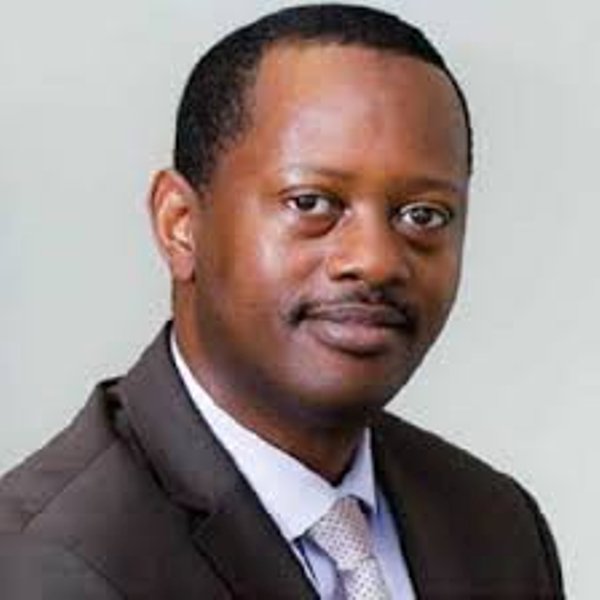 Jack Kayonga is CEO, Agaciro Sovereign Wealth Fund. Experience. He has held different positions both in the Public and Private Sector, including having served as the CEO of the Rwanda Development Bank and as an advisor to the Minister of Finance of the federal republic of Rwanda.

He holds a Bachelors Degree in Economics from the National University of Rwanda, a Masters Degree in Finance and Banking from Cardiff University (UK) and is pursuing a Doctorate in Business Leadership with the Swiss Management Center. 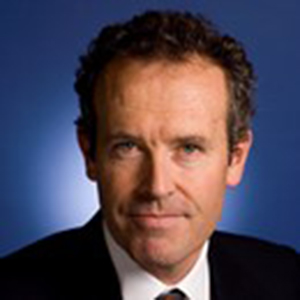 Mr McCarthy is Former Global Head of Infrastructure, Real Estate and Infrastructure Department, Abu Dhabi Investment Authority. He is responsible, in collaboration with senior management, for developing and implementing investment strategy for the Infrastructure Division and overseeing all day-to-day activities of the Infrastructure team. This includes managing ADIA’s existing portfolio of infrastructure investments, as well as working with team members to originate and execute on new transactions.

Mr. McCarthy holds a Post-Graduate degree in Finance as well as a Bachelor of Economics from Monash University in Melbourne, Australia.

Mr. Turymwijuka serves as the Director of the Petroleum Investment Fund Uganda. The Fund is currently in the implementation phase.